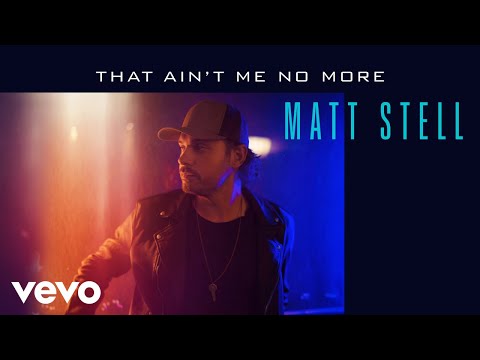 (NOTE: Tickets are priced per pod. Not per person.)

After playing college basketball for Drury University for four years, breakthrough country artist, Matt Stell stood at a crossroads. One road led to Cambridge, MA where Stell was accepted into Harvard University’s Extension School Pre-Med program. The other road pointed toward Nashville and a career in country music. Stell made the choice to follow his dreams of writing and performing.

The 6’7″ Center Ridge, Arkansas native and self-taught vocalist and guitar-player made the move to Music City in 2014, landing a publishing deal with Wide Open Music and a record deal with RECORDS Nashville/Artista Nashville.

In 2019 a love song catapulted Stell into country music success via his massive hit “Prayed for You,” a life-changer of a song that spent two weeks at the number one spot. As the only debut single to top Billboard’s Country Airplay chart in 2019, and one of NSAI’s “10 Songs We Wish We’d Written,” the hit has gone on to rack up some impressive stats with over 270 million streams, his first RIAA Platinum certification and more than 20 million views of its official music video to date. Soon after, Stell garnered his 2nd consecutive, Gold-certified #1 single, with “Everywhere But On.”

With “That Ain’t Me No More” delivering Matt’s first new music since October’s Better Than That EP, the Arkansas native is one of only seven debut country artists in the last five years to have their first two singles top the charts. Matt has amassed 380 Million cumulative streams to date and has certainly earned his spot as one of only five performers selected to Country Radio Seminar’s 2021 New Faces of Country Music class.

Perfecting his craft in Rocky Mountain ski lodges and Nashville’s Honky Tonks, Teddy Robb has a laid-back voice that grabs you like the Colorado winter air and wraps you up in a blanket with someone you love next to a warm fire.

A native of Akron, Ohio, Teddy grew up loving the outdoors. He fished, hiked, and played football through college in Ohio, however, his passion turned to music the moment he heard George Strait’s “Troubadour.” That was it, the decision was made. He called his parents, packed his bags and hit the road. Teddy spent time in Colorado playing music to support his snowboarding habit before making the final move to Nashville. He was signed to Monument Records in 2018.

Teddy’s debut single, “Really Shouldn’t Drink Around You,” written by multi-GRAMMY Award-winning songwriters Shane McAnally and Josh Osborne, along with chart-topping songwriter and Old Dominion band member, Trevor Rosen, has over 50 million worldwide streams to date and shipped to country radio last year. Teddy performed the song to a national audience on NBC’s TODAY Show and his music has been written about in the pages of Rolling Stone, Billboard and more.

In April 2020 Teddy released his self-titled, debut EP. The five song project includes “Really Shouldn’t Drink Around You,” as well as previously released tracks “Lead Me On” and “Tell Me How,” which have collectively been streamed over 80 million times. New tracks on the EP include “Me On You” and “Good Love & Good Whisky.” The project was produced by Shane McAnally, Ben Fowler, and Matt McGinn.

Think of this like having your own private box, with bundled seating for up to four (4) guests. All within a clean, socially distanced, environment!

General Admission (Obstructed view) – $60 per pod (Think of this like having your own booth or private box. One ticket is redeemable for admission up to four guests and includes one socially-distanced pod, with four seats. Partially obstructed view.)

General Admission – $80 per pod (Think of this like having your own booth or private box. One ticket is redeemable for admission up to four guests and includes one socially-distanced pod, with four seats.)

Premium – $100 per pod (Get closer to the stage, in a Premium section! Not only does your purchase include the amenities of “General Admission” — you’ll also receive your own table to share with your friends in a section with great views of the stage. Rows 4-7 from the stage.)

VIP – $120 per pod (Spread out and experience comfort in the VIP section! Not only does your purchase include the amenities of “General Admission” — you will get cozy with your own table, bar service through the app Noble, and the best views of the stage. You’ll be within the first three rows of the stage!)

Any event that is postponed, even for a time to be determined shall not be refunded.

2) ORDER – Buy drinks from the comfort of your seat.

3) SELECT POD NUMBER – Make sure to select your location number for delivery.

5) Sit back and enjoy the show while we have your order delivered to your POD by our staff.

KNOW BEFORE YOU GO:

THE HEALTH AND SAFETY OF OUR PATRONS, STAFF, ARTISTS, AND COMMUNITY IS OUR TOP PRIORITY. FOLLOWING THE SAFETY STANDARDS SET BY THE STATE OF FLORIDA, AS WELL AS THE CDC, WE HAVE IMPLEMENTED THE FOLLOWING PROCEDURES FOR OUR VENUE.

• FULL BAR AND CONCESSIONS- Card only/ No Cash

• NO OUTSIDE FOOD OR DRINK PERMITTED

• THE VENUE WILL BE THOROUGHLY SANITIZED BEFORE AND AFTER THE SHOW. HAND SANITIZER STATIONS WILL BE AVAILABLE FOR PATRONS THROUGHOUT THE VENUE.

• No more than 4 people per pod. Strictly enforced.

• ALL PATRONS MUST STAY IN THEIR ASSIGNED PODS TO ENSURE PROPER SOCIAL DISTANCING. Mask must be ALWAYS worn except when inside your pod. Non-compliance will resort in being escorted out of the venue.